HOW TO SET YOUR DIGITAL CHESS CLOCK

How to set your new digital chess clock 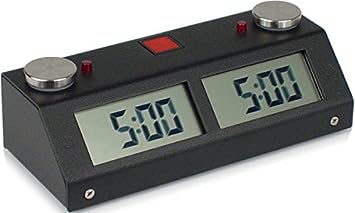 Set up guide to the Chronos GX 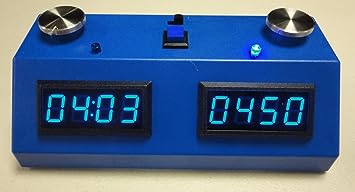 How to set VTEK300 Chess Clock 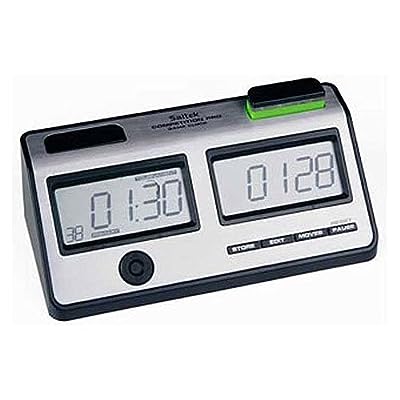 TO OUR EMAIL NEWSLETTER

They are not governmental initiatives nor are they business endeavors.

They are private initiatives by Rob Roy, for the public good, focusing on quality of life, and on chess in Connecticut.

They should never be misconstrued to represent the State of Connecticut, the Town of Coventry Connecticut, nor with any other chess associations.

The monthly tournaments in Coventry are conducted by Rob Roy acting as an independent organizer, and not by any chess club, state chapter, nor federation.

I have never written for, nor spoken for, anyone besides myself, Rob Roy, acting as an independent chess journalist.

Upcoming USCF Tournaments in and near Connecticut

Great game from 25 years ago

Posted by Connecticut Chess Magazine by Rob Roy at 4:41 PM Links to this post

Surely there must be something...

White to move and win

Three grand guys, but two of them a bit grander: to the left is Grandmaster John Fedorowicz, to my right is Grandmaster Joel Benjamin.  I am just glad I am in this photo.
This was at the Chess Charity Championships at the Park Ave. Synagogue Sunday, May 21st.

White to mpve and win

Is there a link between chess and intelligence ?
A new study has evaluated whether playing chess has an impact on your cognitive ability.

How to set electronic chess clocks

Posted by Connecticut Chess Magazine by Rob Roy at 3:07 PM Links to this post

Earle STEM chess coach makes sure his players know they rule their own lives
The Illinois Policy Institute community raised $5,500 to support the students on the Earle STEM Academy chess team, and the players paid it back by…

On Chess: Observations from the 2017 Super Nationals VI Chess Tournament
The biggest chess event of all time was held May 12-15 in Nashville. In total, 5,577 players vied for prizes in the three national events which are held

The Youngest at the Largest: The K-1 at SuperNationals VI - US Chess
The Kindergarten through first grade section of SuperNationals VI featured some of the best stories of the largest rated chess event in history, held from…

Should Women’s Chess Titles Be Eliminated?
“The most important thing is self-confidence. So many people will doubt your abilities in life - never listen to them. If you do not truly believe that you can make it to the Grandmaster title, for example, you will never do so.”
NEW.USCHESS.ORG

Wise Words From A Chess Grandmaster
Digg had the immense honor of sitting down with Maurice Ashley, an International Grandmaster of chess, to learn how chess-playing skills can translate into l...
YOUTUBE.COM
Tavola Chess
Board Game · 796 Likes

I found this out on the Internet from 20 years ago.

The May 1997 issue of Connecticut Chess Magazine # 212
Interesting to read the various things happening back then.

Botvinnik and the Pirc/Modern
Continuing his look at how champions began to include new openings later in their careers, the tireless student of the game, GM Alex Yermolinsky, looks at Mikhail Botvinnik, 'The Patriarch', and his employment of the Pirc-Modern…
EN.CHESSBASE.COM
AhoraAjedrez.Com

Posted by Connecticut Chess Magazine by Rob Roy at 5:43 PM Links to this post